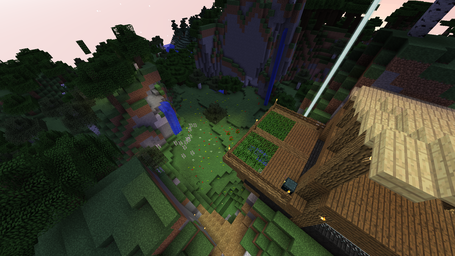 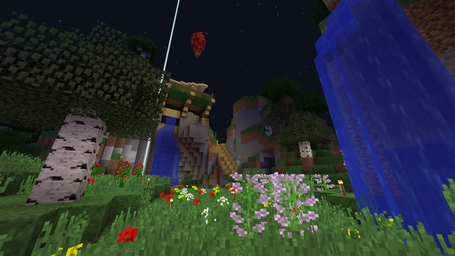 Caketown was a small spawnbase of friends open to many that lasted from 2020-09-20 to 2020-12-29 despite being less than 20k overworld from spawn, and only 600 blocks off axis. The central ski-lodge style building and hot air balloon were originally built by epicfacethe3rd as part of a building competition held by Torben. Due to it not winning this contest, it was decided it would function as a spawnbase for friends to goof off at. Its builders were epicfacethe3rd, Gruigi, Klemenator, and FlyingBroccoli, though it was visited by a large number of people.
Shortly after the contest ending, Klemenator and Gruigi would create a newfriend pool and a cake farm respectively, with the cake farm being what would finally give the base it's name after not having a name for almost two weeks. About a month after this, FlyingBroccoli would arrive and build a small house. By this time a large amount of terraforming had been done and there was a very limited amount of space to build.
The base had many minor touches that hid away from visitors. One that brought several visitors there was that the main lodge was designed with the ability to use the then somewhat public elytra bypass, as its railing would allow you to easily activate the bypass even if you had one that didn't work well.
Eventually, after a month of inactivity from everyone at the base, and many having moved accounts away by this time due to the Monthly Event Committee, it eventually was discovered the base had been griefed by a new player with nothing more than flint and steel. Despite the base being still somewhat intact, especially the cake farm (minus a cow), epicfacethe3rd decided to officially call the base griefed. 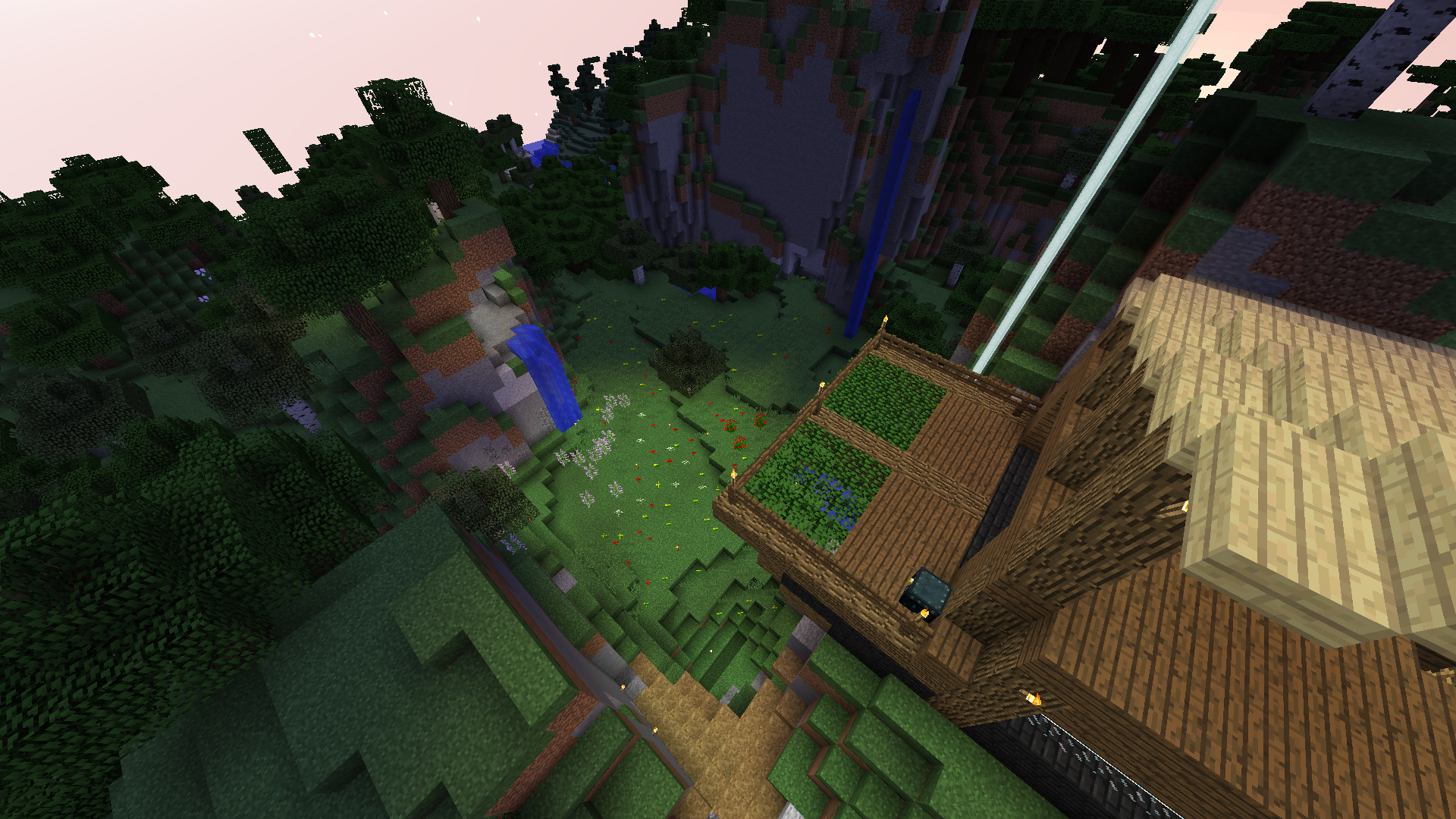 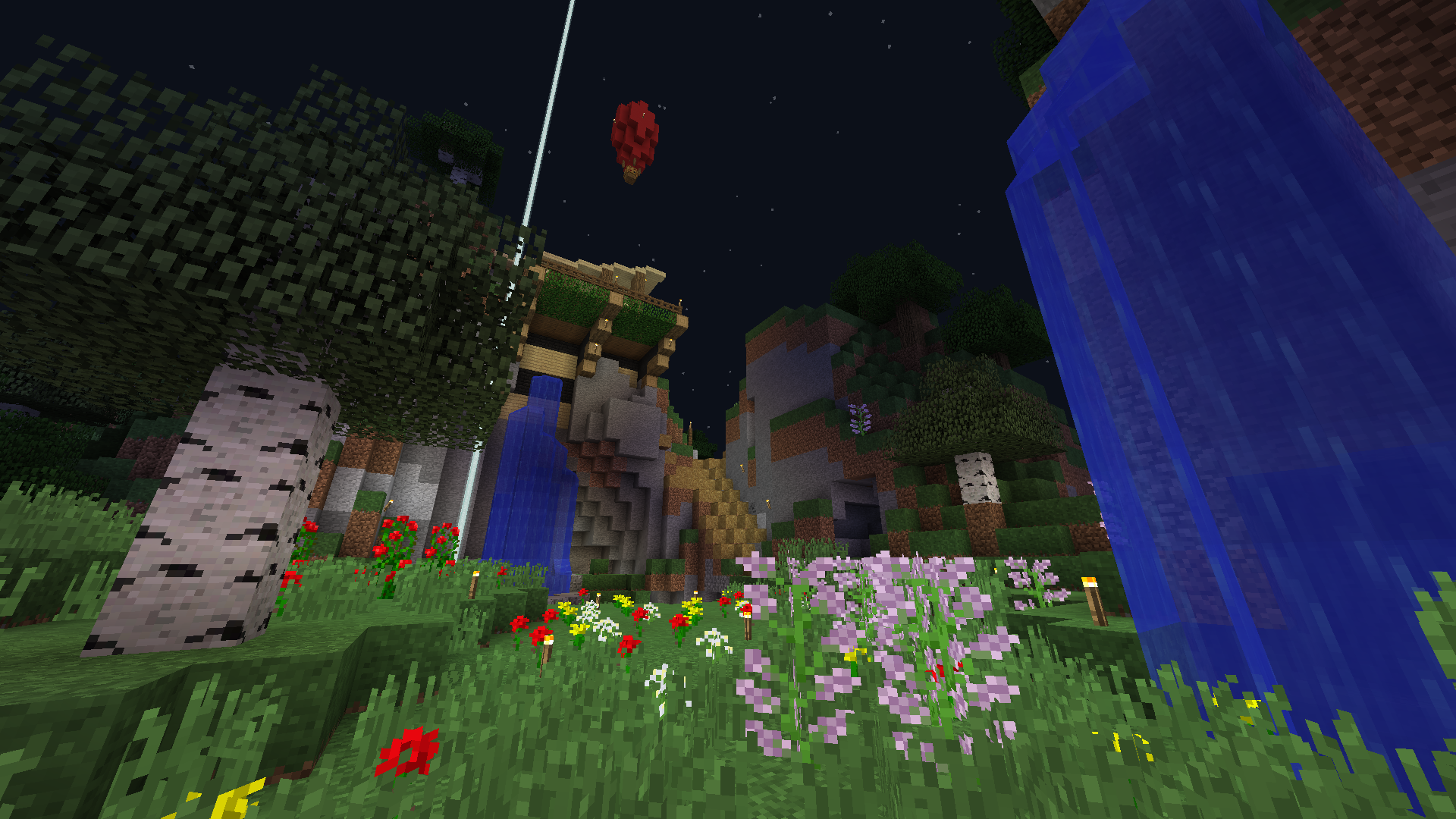 @ianrandmckenzie
COMMENT
😰 mfw I was never invited to caketown smh