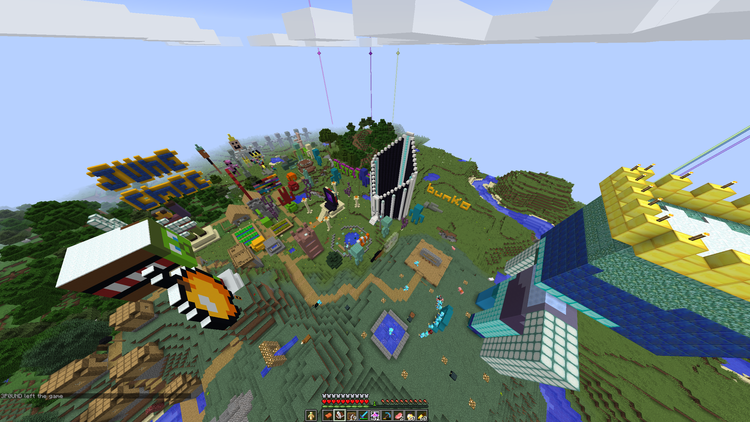 So, uhhh, I fucked up. FlyingBroccoli trusted me enough to help setup the June 2021 CMEC build called Chadville. I did a bit of tinkering and made a poem that I copied and specially signed for each confirmed attendee. The part where I fucked up, is... well, I got home after having a couple of pints from the brewery and accidentally leaked the coordinates.

It would have been funny if I hadn't completely betrayed Brocc's trust. You see, I went through all the effort of masking the screenshot's stars and exploitable textures. I knew I was posting something sensitive, so I took measures to protect the location. However, I forgot to edit out the most glaringly obvious part: the coordinates!

Sweet fuck I felt so dumb. I will say, the beer I drank that night was the type of beer I later learned I have an allergy. I can hold my liquor, and 2 pints rarely hits me as hard. But, because of the particular ingredients, I got hit like a truck and made a silly careless mistake.

Broccoli was able to recover with the help of some great members of the community, but ultimately I think I probably left a sour taste in his mouth when it comes to our relationship. Very sad! I was at least invited to the replacement event, so I'm hoping that's an indication that time may heal these wounds.