Participated in 'The Ender Rouse' 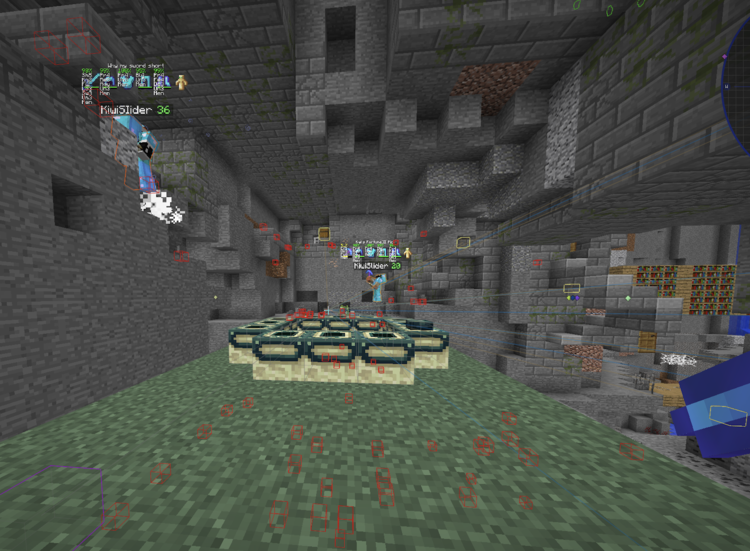 Shortly after the release of FitMC's video about 2b2t's notorious griefer, popbob, using a backdoor to the server to acquire portal frames – and someone subsequently glitching an end portal announcement to the server – at the tip of everyone's mind was the infamous end portal opening sound and how it could be related to a backdoor. Leveraging this knowledge, KiwiSlider began hunting for un-opened portals and opening them up just to make people think he had backdoored the server, too.

Of course, any seasoned Constantiam player knows that even though the server is four years old, most players don't really bother going to the end dimension, let alone finding a portal that hasn't already been opened. So, when Kiwi began opening portals, all he was really doing was make the FitMC LARPers overreact, which was amusing for all of the oldfriends to watch.

A day or two later, with Kiwi continuing onto his shenanigans, he and halo7761 had the idea to decorate an end portal to make it look like it was above ground. They would make a video and make the backdoor more 'believable.' Again, anyone knows that if the server was backdoored, it would not be announced because they would want the maximum available time to take full advantage of the benefits it would get.

Anyway, I was invited on this little adventure. I helped them dig things out, but because of work, I had to leave early. Given how beautiful they made the scene, I really can't be credited with much other than being there. Oh, and writing this poem: