Participated in the Pirate Party 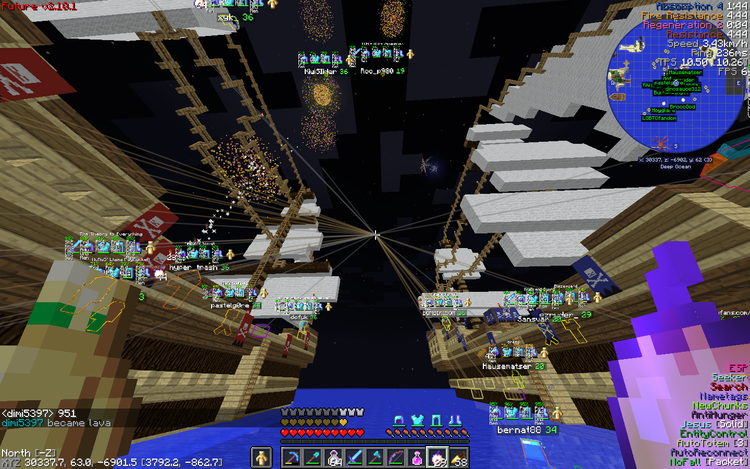 On a Saturday morning, I woke up to FlyingBroccoli sending me the coordinates of the Pirate Party! I wasn't sure I was able to make it because of how chaotic my sleep schedule is, but the timing was right and I made my way to the destination.

I found the portal that took us all there, greeted with skull and bones banners adorning the nether portal taking us to the high seas. I wish I had taken more screenshots. There were cool ships, a trading post, and even a Kraken!

As expected, Viktisen and Cosmyck showed up to crash the party and try to kill everyone. Luckily, I never became a target. It was, however, quite polite of them not to show up until the event was pretty much coming to a close.

Here's a poem I wrote commemorating the event: